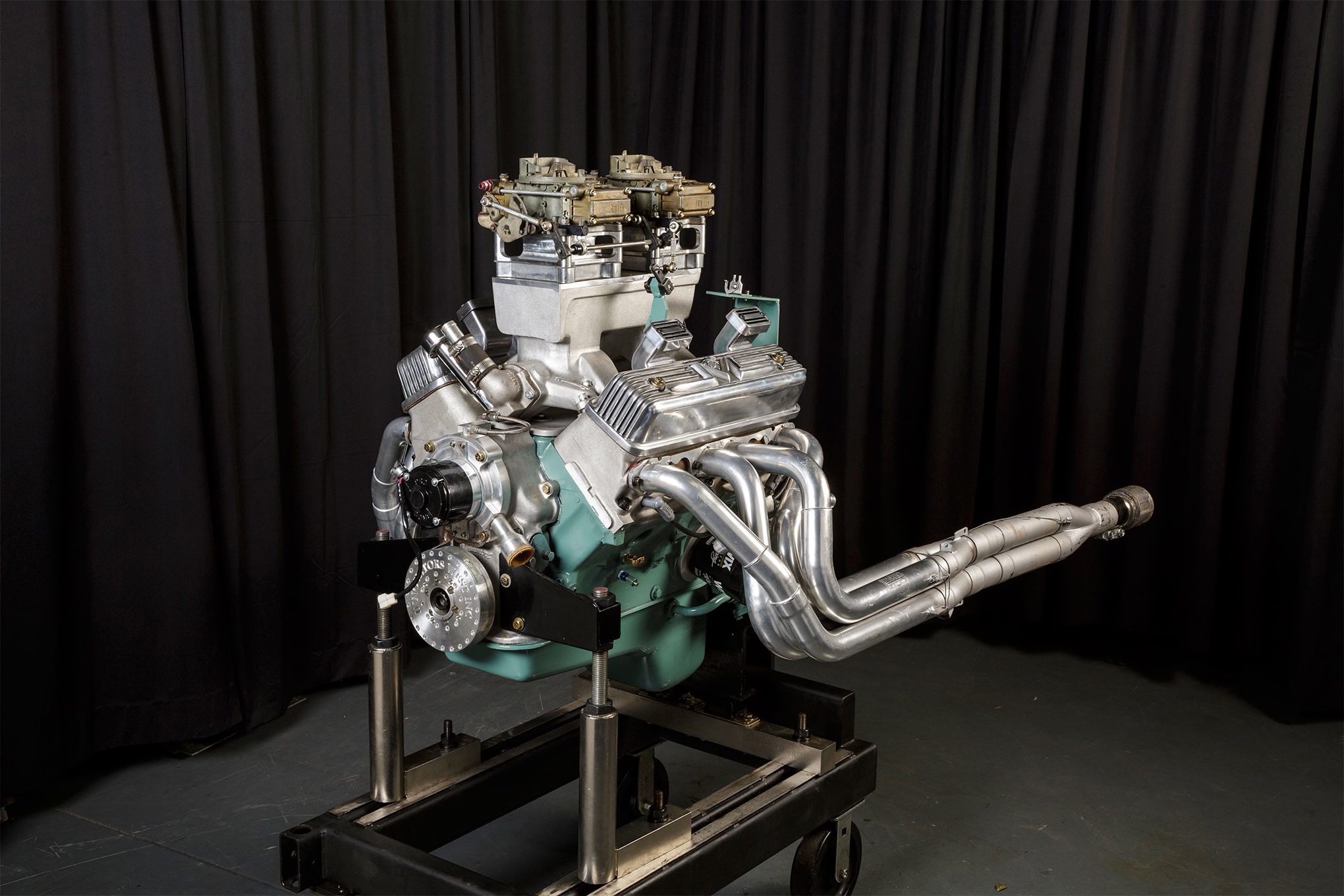 Ted Eaton has been a fan of the Ford Y-block for more years than he cares to recall and he has competed in the AMSOIL Engine Masters competition, presented by JE Pistons multiple times. His first attempt at Engine Masters with a Y-block was in 2009 where he finished 29thout of 30 entrants. The goal that year was simply not to be on the bottom of the heap and he accomplished that as the Y that year scored just ahead of a 426 Hemi. The following year saw the Eaton Balancing Y move up to 16thout of 40 entrants.  His fortitude paid off in 2016 winning the newly added Vintage class with a 375ci Mercury Y-block that made 603 hp. All the engines originate out of his Eaton Balancing business in Lorena, Texas (eatonbalancing.com).

This year, Eaton will massage his effort with a new and much longer stroke Y-block. His effort will place heavy emphasis on the term “stroker” since he is adding exactly 1 inch(!) to the factory 3.30-inch package using a custom billet crank. As Eaton says, adding an inch “has a nice ring to it.” The plan is to maintain the bore at 3.860 since he says that is the outer limit in terms of cylinder wall thickness.

“Jon Kaase taught me to never bring a knife to a gun fight. But if you do, make sure that knife has a razor edge to it.”

Block selection is based on rigorous sonic checks for wall thickness to check for core shift and walls that would be dangerously thin. His 2018 package creates a 402ci engine that intends to maximize torque in the lower engine speeds where the added stroke should deliver massive twist. This also comes close to the largest displacement on record for a Y-block which Eaton says is currently held by a sleeved 412ci version.

In order to avoid the inevitable rod contact with the flat tappet cam, Eaton had Cunningham Rods build a set of angled parting line I-beams that relocate the rod bolts away from the cam. Eaton says the Y-block makes running a roller camshaft a daunting challenge since the factory package used a mushroom lifter with a cut-down shank.  He also plans to increase compression, via a set of custom JE Pistons, in a push to maximize torque where the numbers will help the overall score.

The Y-block’s strength is in its extended block pan rail – an idea followed by several late model engines including the GM LS and Chrysler hemi. This strength will be righteously tested as Eaton shoots for well over 600-plus horsepower in this latest and much larger configuration.

Unlike the radical reshaping of the original horizontal intake ports back to vertical that Jon Kaase performed, Eaton plans to retain the horizontal stacked port configuration on his aluminum John Mummert heads. Custom porting by Mummert is a constant process of improvement and Eaton reports that the upper port flows a little better than the lower but that the lower tends to perform better at lower lift numbers. Peak intake numbers exceed 300 cfm. The heads will be complemented with a dual four-barrel carbureted intake that adapts a mechanical fuel injection manifold to a tunnel ram configuration using a pair of 660 cfm Holleys.

Y-block Fords have never been known for their power potential. But all you have to do is spend a few moments on Eaton’s website to appreciate his infatuation with this engine family and how much power he has coaxed out of this ‘50s engine. And that’s what makes the Engine Masters Vintage class so much fun. The entertainment is in the innovation.

AMSOIL Engine Masters Challenge Presented by JE Pistons will take place October 1-5 2018 when the country's top engine builders will converge on JE Pistons' Mentor, Ohio headquarters. For coverage of the exciting dyno racing action, make sure to check back HERE.