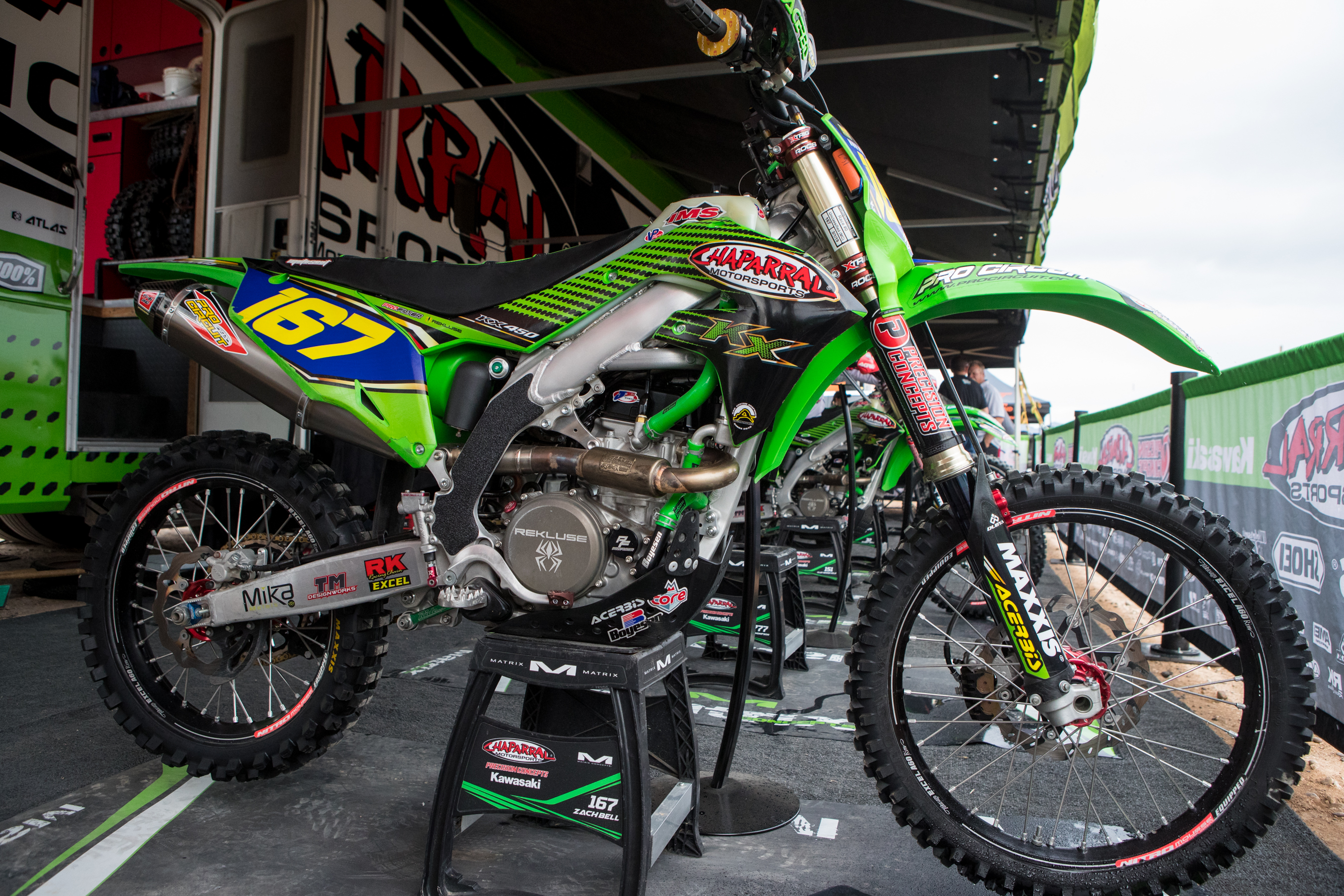 Precision Concept Racing is by no means new to outdoor racing, with 12 titles in almost a decade of racing. They have competed and won in many off road-series such as WORCS, National Grand Prix, and Sprint Hero Enduro.

Precision Concepts Racing’s 2019 team is led by manager Robby Bell and riders Zach Bell, Blayne Thompson, and Clay Hengeveld. Their team, like their KX450 bikes, are one of a kind. We wanted to know more about the team, the bikes, the parts, and the behind the scenes daily grind that goes in to this Precison Concepts Racing Team.

Who better to get the inside scoop from than Robby Bell, team manager.

What goes into the Precision Concept Team behind the scenes to make it happen?

Bell: The foundation of our effort is Precision Concepts, a performance off-road motorcycle shop, founded in 1994. The in-house team was created by PC founder and owner Bob Bell in 2009, with backing from Kawasaki Motors Corp. Bob's son, Robby Bell, was a mainstay on the rider roster through 2017, when he retired from racing and took on the responsibility of managing and directing the team. In that time, Chaparral Motorsports has joined the effort as a major supporter to help the effort progress. Our riders are former motocross star Zach Bell, 2-time Adelanto Grand Prix winner Blayne Thompson, and Clay Hengeveld, son of multi-time Baja and Best in the Desert champion Steve Hengeveld. Our mechanical staff consists of Phil Valdez as lead mechanic and John Snyder as our in-house suspension tech. What really makes up the team, however, is a shared passion to compete and continually strive to improve in all possible aspects of what it takes to be successful in off-road motorsport.

Tell us a little bit about the team's KX450 bike and motor setup.

Bell: The team maintains a very "OEM" spec as far as the motor is concerned. The 2019 KX450 engine makes plenty of power, and very useable power. So, our team focuses more on reliability to get through the demanding 2-hour WORCS races, and the broader season of competition in general. The most aftermarket process is the proprietary treatment performed to the engine parts by CryoHeat, which reduces friction and heat production, and improves the durability of the internal metal parts of the motor. Aftermarket parts such as a Boyesen Supercooler water pump and Rekluse clutch internals are added for increased durability, and the ignition mapping is retooled to each rider’s preference depending on terrain. Beyond that, the JE Piston is the main internal motor part that we choose to change from OEM.

How do your riders help shape and support the team?

Bell: Zach Bell brings a very low-key, friendly attitude to the team, with a secretly sarcastic streak of humor. But on the bike, he brings blazing speed, especially right out of the gate, which earned him the nickname "Pocket Rocket" through his motocross career. Blayne brings his fire and aggression to the track, while balancing that with humility and a laid-back, friendly demeanor in the pits. Clay's jokingly been referred to as the "Silent Assassin" by team manager Robby Bell for his quiet, easygoing nature. Even on the bike he doesn't look as though he's working overly hard, but a look at the lap times shows the speed he generates.

Who's involved and what inspires the customization and uniqueness of your team/bikes?

Bell: Our lead mechanic supplies much of the customization as far as our bikes are concerned. Phil is always looking for a new, faster, better, cooler way to do something on the bikes. In the broader sense, the team is always looking for creative or unique ways to offer more value to our riders and the companies that support our team with their products, time and finances, so we can compete in a sport we love.

How does bike setup vary for the different types of terrain and racing you're doing?

Bell: An insight to the set-up of the bikes is that they remain relatively unchanged from race to race. Though the opportunity is available to continually tweak settings—whether motor, handling, etc.—the ideology of the team is to find a comfortable, predictable spec and then spend the majority of time getting used to every nuance of the bike with that set-up in different terrain. The team tests in the background in the search for updates that can make a meaningful difference, but for the most part, we feel the benefit is to know the ins and outs of a bike set-up, spending enough time with the bike to be intimately comfortable in predicting how the bike will react in as many different situations as possible. That feeling of really "knowing the bike" is more valuable than continually changing the set-up, but then not knowing how the bike will respond in an unknown situation and hesitating because of it. One caveat is that you do want a pretty darn good baseline setting with which to start, which we put in the time to find early-on.

How did your partnership with JE Pistons come about for this season and how has it been going?

Bell: We've had a long history with JE Pistons, beyond our official partnership this year. JE is the one brand we've continually been able to depend upon for the predictable durability we demand. It goes without saying that the quality of piston we use in the race bikes matters, but the practice bikes are just as important, if not more demanding. The practice bikes rack up more hours in testing and training than the in-house prepped race bikes, more hours between top-end replacements as well, and usually with less (though not too little) maintenance. So, to be able to depend on the JE pistons to continually produce reliable performance is invaluable.

Bell: The biggest adjustment from 2018 to 2019, as far as the KX450 was concerned, was getting used to the new motor platform and learning the updates, which included electric start and a hydraulic clutch. We were somewhat underpowered with the 2018 platform and always searching for more, whereas with the 2019 model, we're truly competitive in the engine compartment. This especially is the case off the line, where our riders have enjoyed quite a bit of success in getting to the first turn first. The fear with any gain in power is that of a corresponding drop in durability, but aside from a couple isolated, abnormal situations, it looks as though we've been able to maintain the best of both worlds. 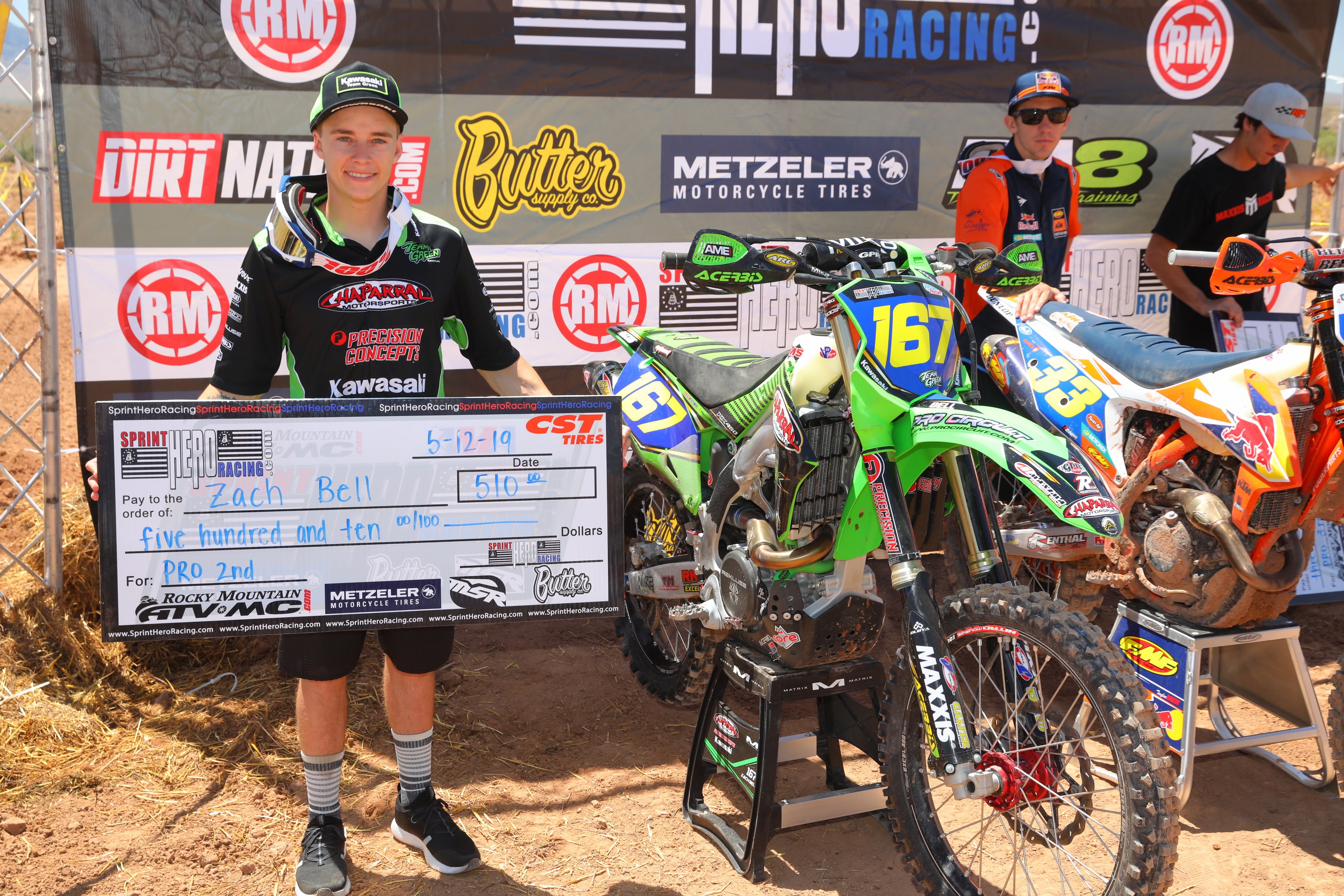 JE Pistons is looking forward to the remainder of the 2019 racing season and watching these green machines get on the box! JE is proud to be a part of the Precision Concepts Race Team. Best of luck! 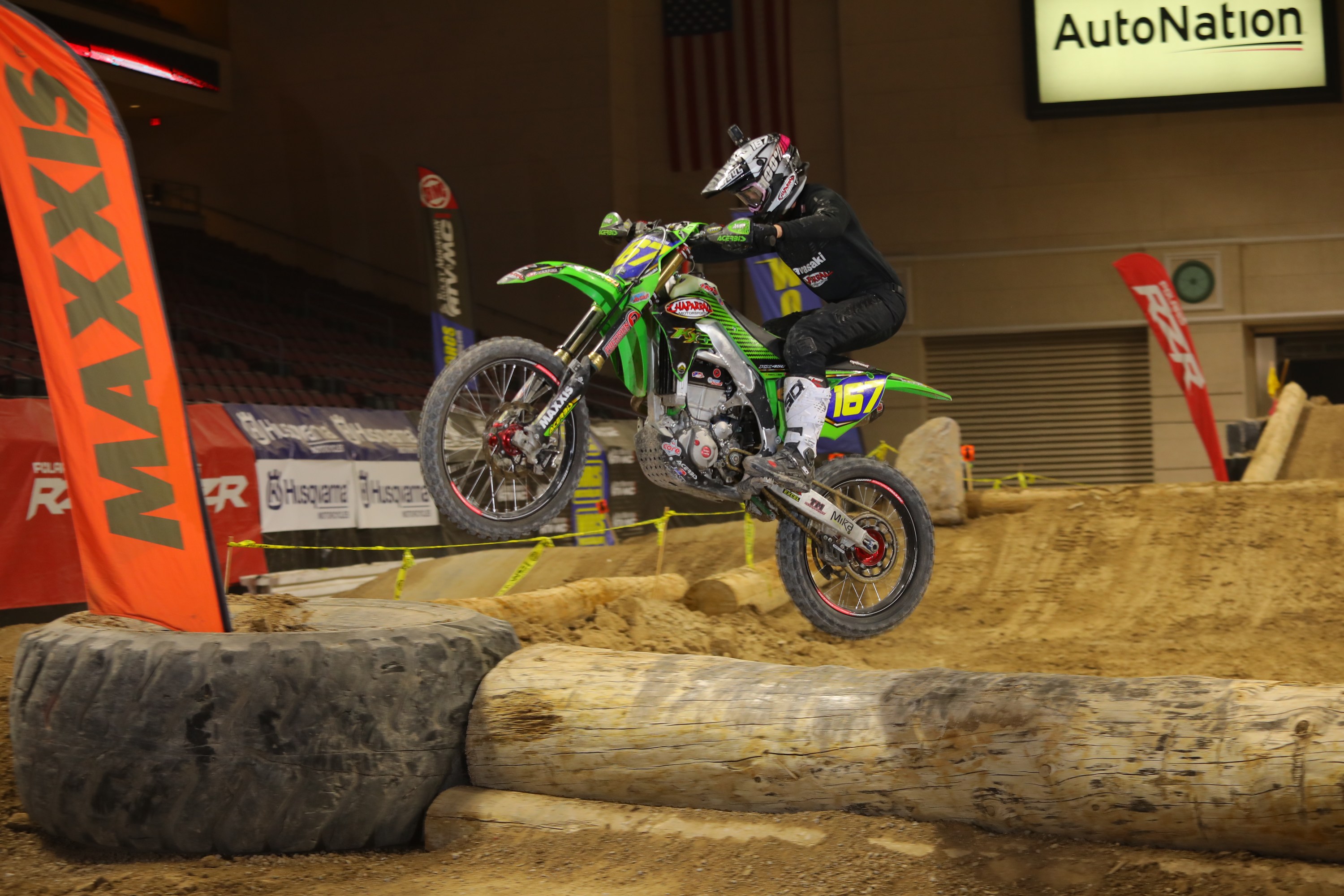