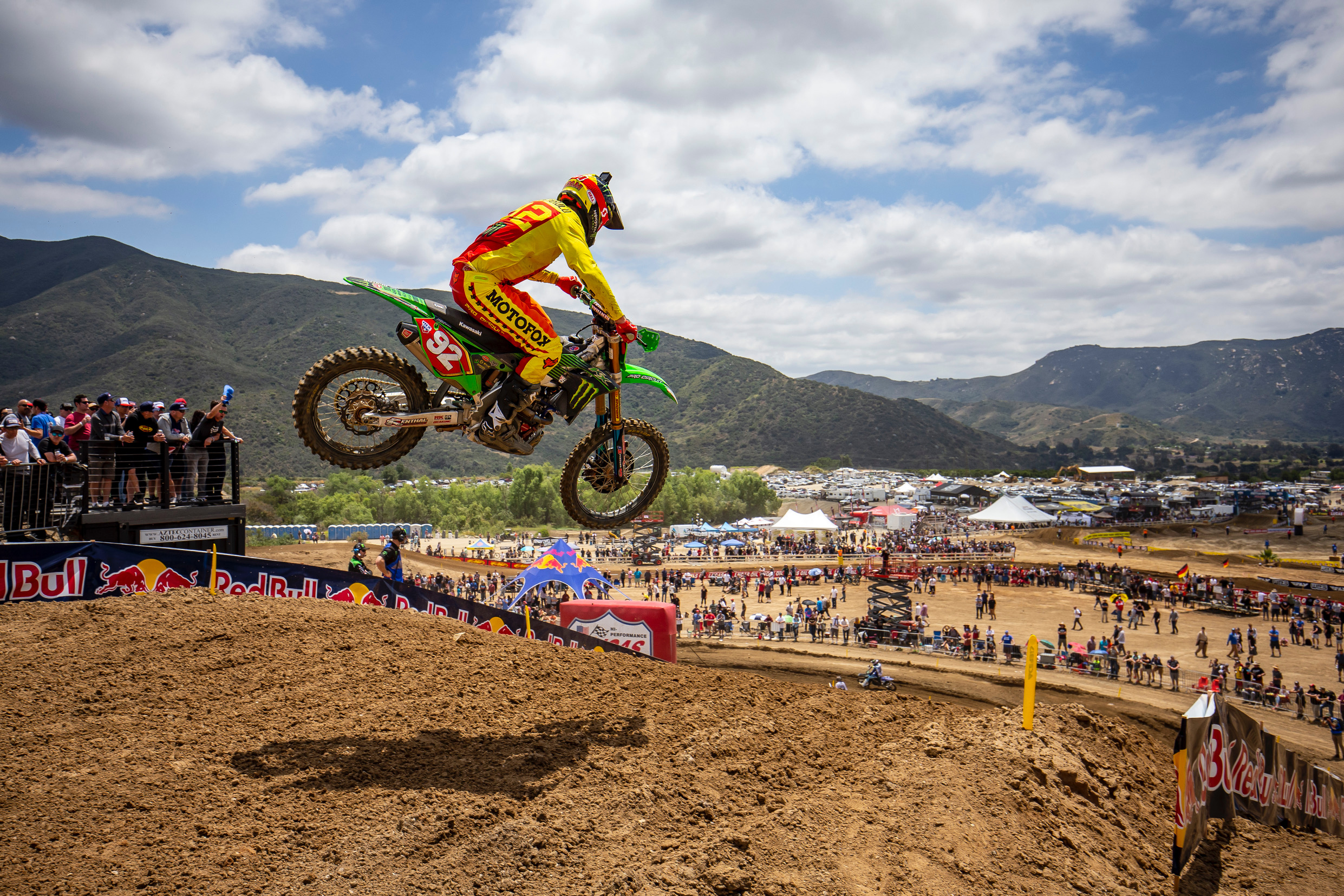 Adam Cianciarulo has made a statement in the first two rounds of Pro Motocross aboard his JE-powered Pro Circuit race machine. Check out all the details of the Pala round of Motocross here.

After losing the championship in a heartbreaker at the final round of his 2019 Monster Energy AMA Supercross campaign, Adam Cianciarulo, rider of the JE Pistons powered No. 92 Kawasaki KX 250 for Pro Circuit Racing, kicked off the summer season in grand fashion by earning back-to-back wins in the first two Lucas Oil Pro Motocross races of the year.

Cianciarulo picked up his second overall 250 Class win of the year by recording a 3-1 effort in Saturday’s Lucas Oil Fox Raceway National in Pala, Calif. 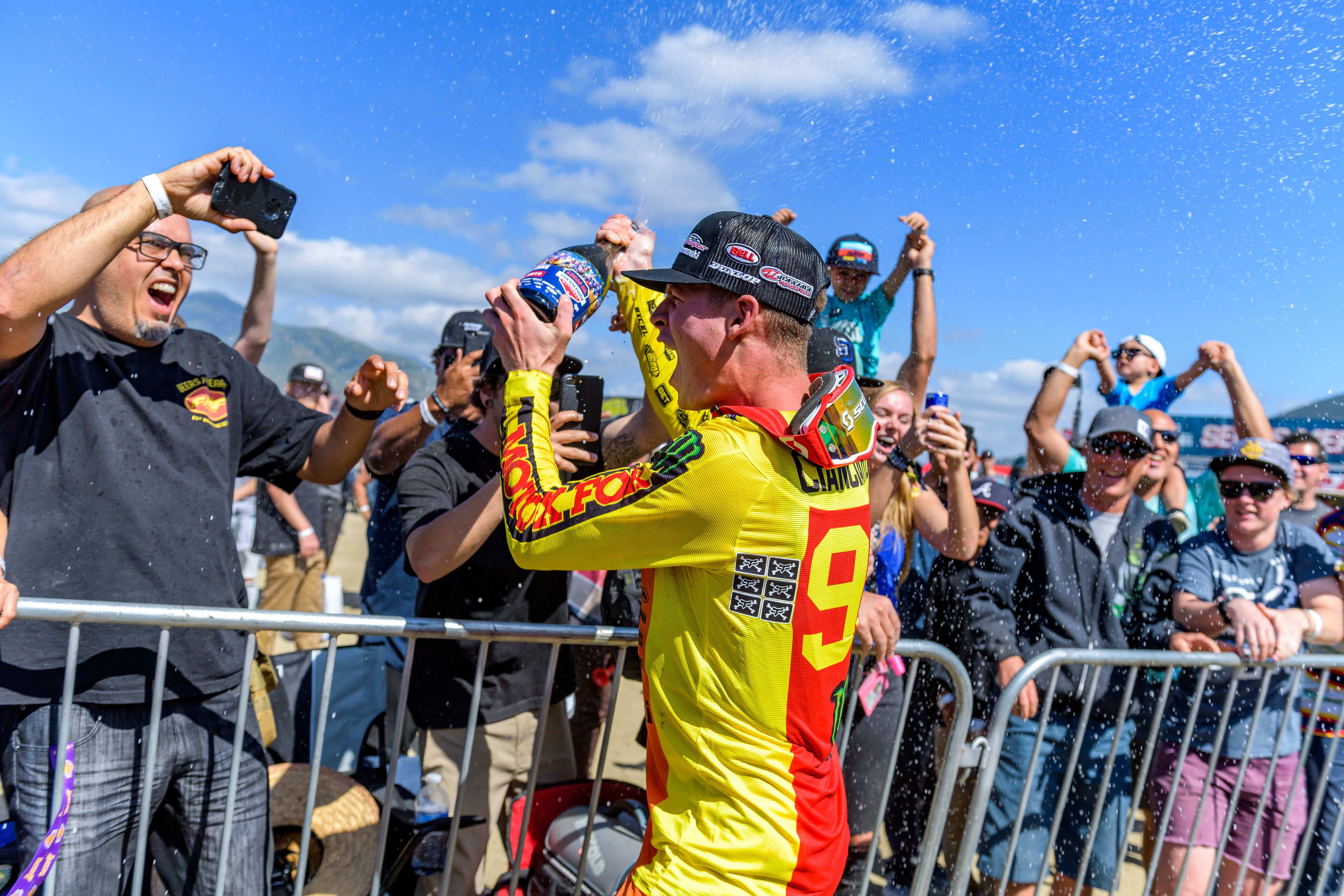 The decisive win was the third of the 22-year-old rider’s Pro Motocross career. He now holds a six-point championship lead as he carries the highly-coveted red number plate, signifying the series point leader, into the next round.

Cianciarulo started the opening moto for the 250 Class at the newly-minted Fox Raceway outside the top 10, but he battled throughout the 30-minute-plus-two lap race, snaring spots one at a time, to claw his way inside the top three before the end of the first moto.

He rounded the first corner in the second moto third in the running order, determined not to be denied.

By the third lap, he was on top of the leader board and held down the point through Lap 10 when he yielded the top spot to Hunter Lawrence. Despite having surrendered the lead, Cianciarulo stalked Lawrence for the next two circuits and seized the opportunity to take over the lead for good when the leader lost the handle on his machine with only four laps to go. From there, Cianciarulo stretched his lead to nearly three seconds to pick up his second win in a row.

"It definitely wasn't an easy win, but man does it feel good to come out on top,” said Cianciarulo. “That first moto, we gambled a bit with that outside gate pick that didn’t really pay off, but we dug deep and put it on the podium to set us up to be in a good position for the overall. The second moto, I had some good battles, but no one was stopping me from what was mine. We’ve got a long summer ahead of us and a lot of motos left, but I am pumped to be leaving here with the points lead. We will continue to do our work this week and be ready to go in Colorado next weekend.”

While Cianciarulo came away with the checkered flag, his Pro Circuit Racing teammate Garrett Marchbanks had an impressive day of his own. The second-year pro combined for a solid 9-8 effort aboard his No. 61 Kawasaki to notch a career-best seventh-place finish.

Fellow Pro Circuit rider Martin Davalos, who was coming off an injury resulting from a crash at the Hangtown opener, raced his way through adversity to put together an 18-9 effort to come home 14th, overall.

"I am proud of how today went overall, for my team and I,” explained Marchbanks who holds down ninth in the standings. “It was my highest career finish in outdoors and something to build on. I need to work on my intensity early in the moto but otherwise I could not be more pumped to finish inside the top-10 with a ninth in Moto 1 and an eighth in Moto 2. In Moto 1, I really had to work for it like Adam because we both started way outside. Moto 2 I got a better start and was able to ride consistently from start to finish. We will take what we learned with this seventh overall and work to break into that top-five in the coming weeks.”

The 24-year-old Yoncalla, Ore., native is currently 13th in 450 Class points with 10 races left to determine a champion.

“I was super bummed after Hangtown and didn’t want to feel that way again,” explained Hill. “The experience really motivated me. I’m starting to put my best foot forward. This is a new mindset, so it will take some time to get where I really need to be, but I’m excited to build on this weekend and see where we can go.

The first moto from Round 3 of the 2019 Lucas Oil Pro Motocross Championship from the True Value Thunder Valley National in Lakewood, Colo., will be televised live on MAVTV Sat., June 1 beginning at 3 p.m. Eastern Daylight Time, noon Pacific. Television coverage for the second moto will be televised on NBCSN on a tape-delayed basis Sun., June 2 at 4 p.m. EDT, 1 p.m. Pacific. Fans can also purchase the Pro Motocross Pass on NBC Sports Gold to view all the races live and commercial free from all 12 rounds. 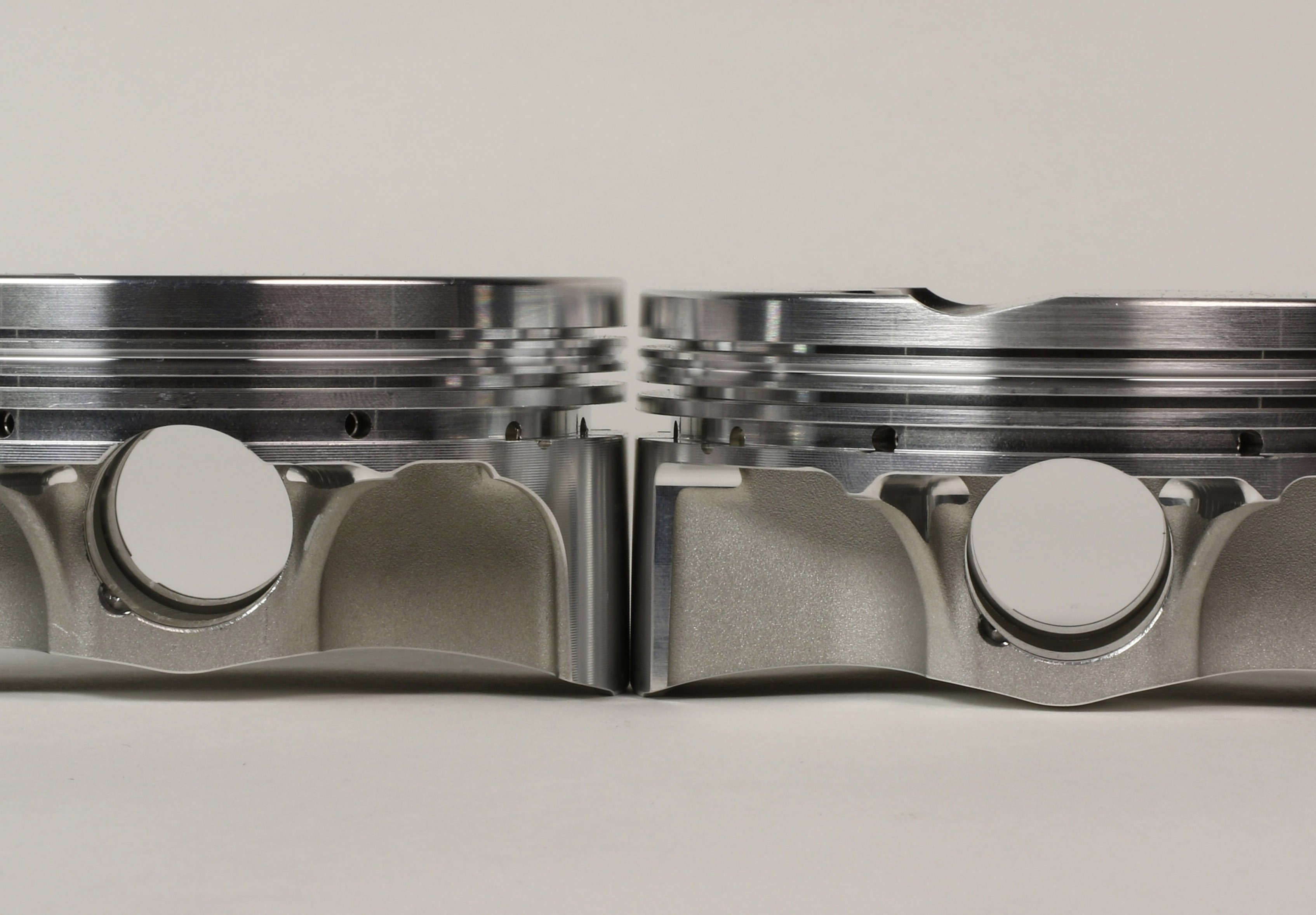