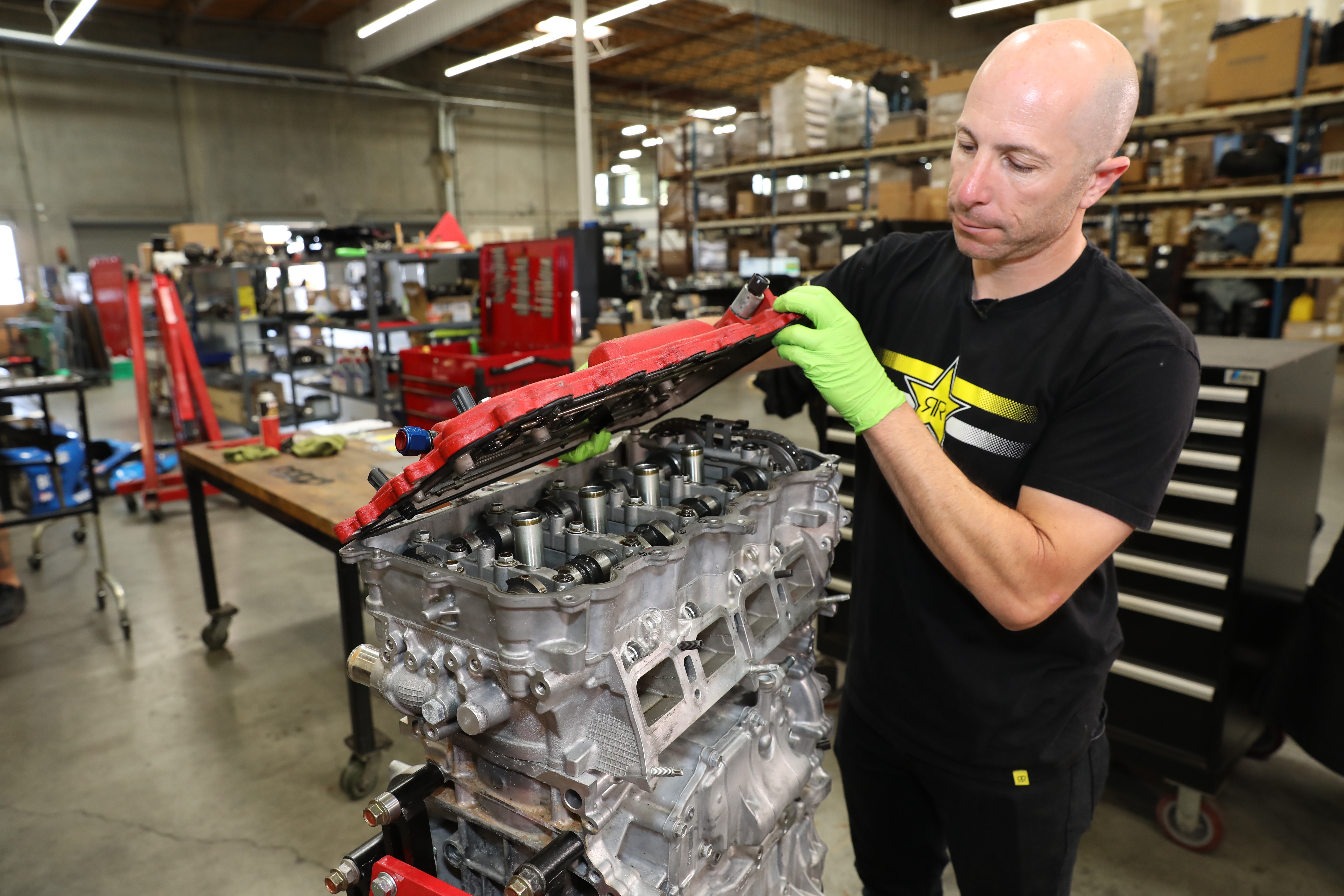 Stephan Papadakis tears down a 1,000hp Toyota 2AR after four drift events. Follow along in this video as Papadakis shares some speed secrets on how to evaluate an engine, post race.

Stephan Papadakis has won a lot of races, and he’s done it with one hand tied behind his back. Not literally, of course­–drifting is a ferocious form of motorsport that keeps both hands thoroughly occupied–but in the engines that have powered his rides. Unlike the brunt of the Formula D field, wielding big, 8-cylinder’d power plants, Papadakis has consistently, and successfully, made big power with small-displacement packages.

His team’s latest drift machine, a 2018 Toyota Corolla hatchback driven by Fredric Aasbø, has been tearing up the Formula D circuit and despite being one of the smallest engines in the field, is stone-cold reliable. The Corolla is powered by a highly-modified Toyota 2AR-FE engine that cranks out an impressive 1,000 horsepower through a combination of nitrous and 30, nonchalant psi of boost.

We follow a long as Papadakis tears down the engine after a 4-race stint to learn the genetic make-up of this this high-strung 4-cylinder. Follow along for an inside look at Papadakis Racing’s engineering expertise, some speed secrets, and what to look for when tearing down a performance motor.